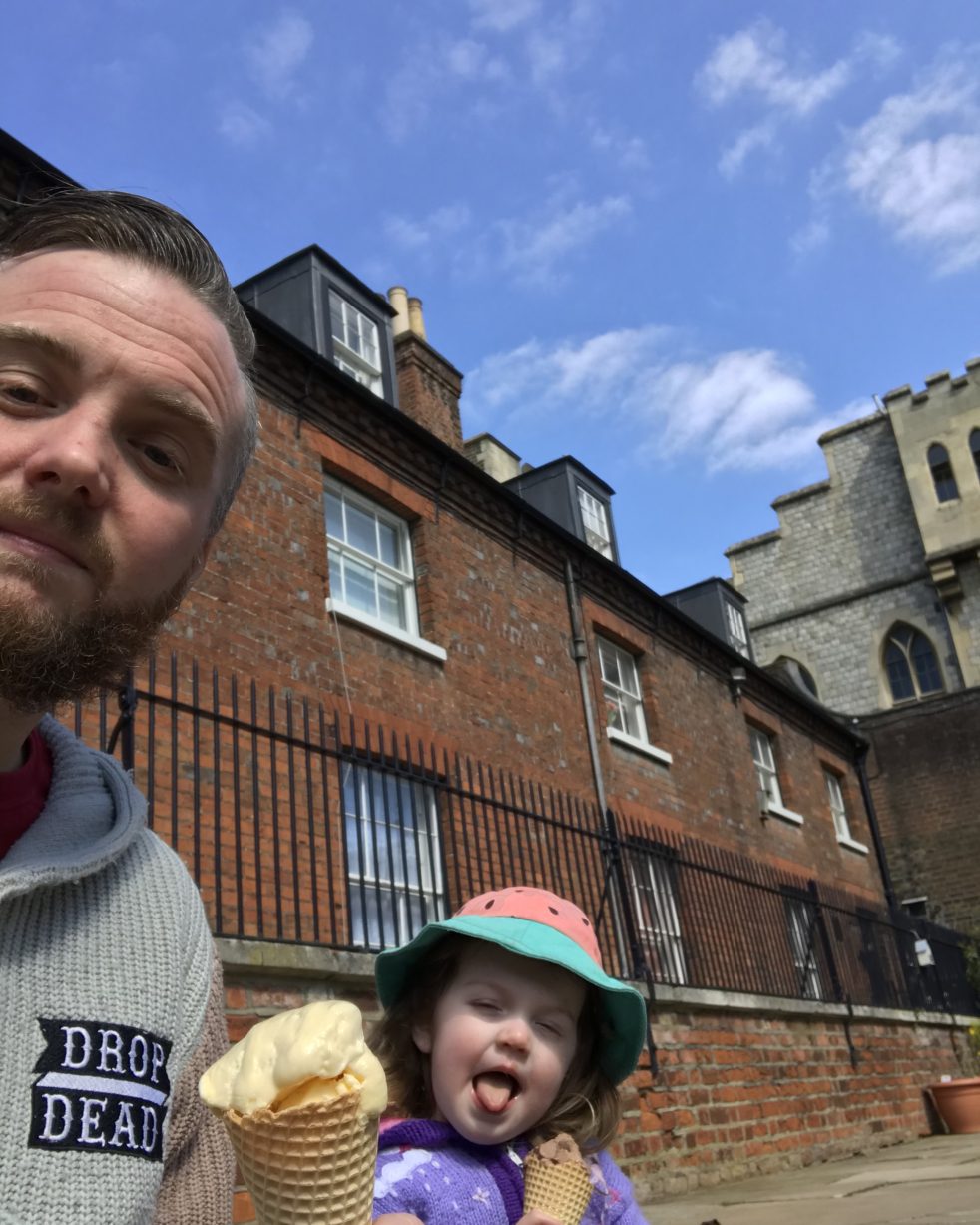 That dreaded term that anyone who suffers from a terminal, chronic or mental illness tries to avoid; but deep inside, will know it’s always a day away.

When my last place of work, along with my doctor’s (and another’s) medical suggestion for me to retire due to poor health was brought to the table, we had to seriously think about it. As a family we thought yes, if it keeps myself  from being ill or poses less of a chance, it makes sense.

We didn’t treat it lighthearted however. We did have to make sure ends meet. Financially we could be better, but we’re not hungry. Credit cards to pay off etc, but we are more than surviving. More importantly, I get to see and bring up our daughter which I am truly blessed for. So there’s always a silver lining.

The thing my doctor (whom has since retired), said as I was leaving his care from ME (until next time), “I wonder how long it will be until you relapse? If you do relapse at all?”

Knowing my illness, I have averaged out a relapse roughly every two years since going back to work full time in 2009. Not every duration of relapse has lasted the same, but including the setbacks I suffered in 2008, my relapses have verged between six months to two years in length. So, you could say I was probably expecting one soon.

Since retiring at the start of 2017, I have suffered many viruses, which comes with the territory of having ME and a poor immune system. Any virus can lead to a relapse in symptoms so trying to avoid them is paramount. Sadly, having a toddler who takes me to many child infested areas and also brings germs home from nursery, you could say that’s neigh on impossible. I have suffered a few  what we call ME flare ups. This is where you have the symptoms attack your body but it only lasts a few days. No relapses though…until now.

The first weekend in June, after watching Hendo lift Ol’ Big Ears for the sixth time, I could feel my eye wasn’t right. So that Monday, Rory accompanied me to the local eye A&E to have it checked. It happened to be the same eye that she scratched the cornea of, over a year and a half ago. The eye felt the same, we thought it best to have it checked, rather than left alone. I must add here, we were there from 9am until little before midday and Rory behaved impeccably. There is a child friendly area, but not an awful lot to do in a three hour period, for a recently three year old.

Turned out it was just viral conjunctivitis, easy as, eye cream for a week and then drops to continue. My scratch was still present but as long as I keep putting the drops in, I should be able to live with it. Easy as, not! The virus thought it would be fun to take a trip south to my chest for the weekend that followed. Sunday I had a lot of pains in the morning but they eased off before our visit to see Rory’s Godfather and family.

However, it still wasn’t right. Nothing a few beers wouldn’t fix. Then Monday it was worse, I was sat having a coffee in The Jelly Lounge and it started again. It felt like a minor heart attack. Thankfully I had a doctors appointment the following day where we discovered the virus had moved to roost in my chest. No heart attack and my heart was in good nick, fortunately. Unfortunately it was to commence operation ME relapse.

Mostly bed-bound and definitely house bound bar doctors check ups (so lucky our doctors is attached to where we live). We had to use all our resources where possible to assist me in taking care of Rory.

Lindsay’s family all live close by, or at least under two hours away. So there were lots of help from them. Kate (SIL) picking Rory up from nursery or Gran and Grampy taking Rory and myself in for a week (twice) so that Lindsay could just concentrate on work. We are eternally grateful to have them, so supportive and so under-standing. 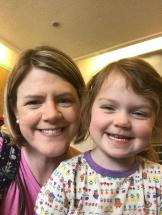 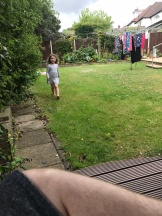 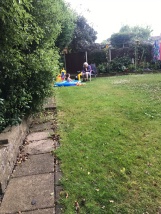 The Queen Charlotte (our local) has been a godsend. Who knew when we dropped in there to see if they would cater Aurora’s baptism, we would make truly life long friendships. Either John shifting some rotas about or the girls (Charley, Jess and Toyah) using their days off to take Rory out so I could get some rest in bed. They were always there if we were struggling. Again, we’re eternally grateful to all of you. 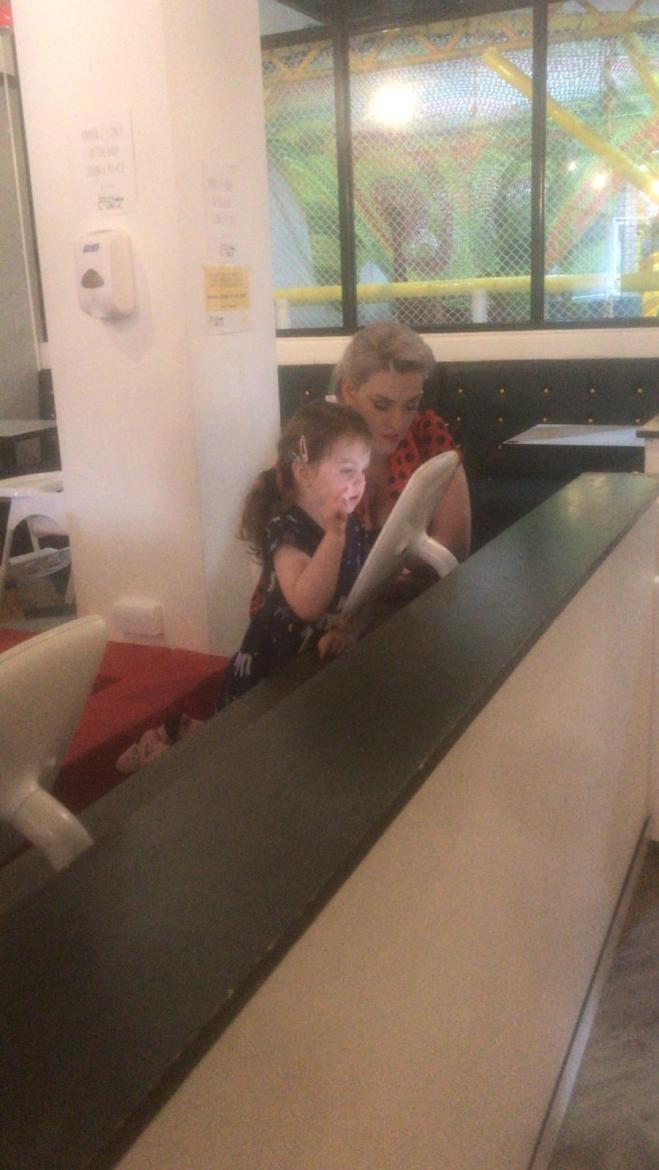 Aurora’s nursery have even allowed her to come in for extra days at short notice and after seven weeks of relapse hell, I am able to say I have improved enough to walk and pick Rory up today for the first time, since this started.  It has been useful too as we are due free hours from September, so we are keeping her on for four days a week until that kicks in. It will benefit her and also allow me a chance to continue improving.

Lindsay has every Wednesday and weekend off through August, so I will only have a couple of hours on nursery days where I have to parent alone. I am very confident that with the support, I will be back to as normal as possible, by September.

If I am proven correct, that means this relapse will be roughly three months. Although three months is still a long time, especially when you have a toddler on your hands. No matter how great a child she is. It definitely beats my last two relapses that lasted two years.

I could be partly to blame though. The previous relapses I was still in full time work and tried my upmost to get back to help the team. Maybe that prolonged the relapses, maybe not. As with this illness, it’s heaped with twist and turns and the unknown, like any a good novel. Not having the pressure of work though, maybe that’s where I’ll be able to manage this illness and control relapses (with my support network) a little better.

I won’t slow down fully, I can’t. Pretty sure Aurora wouldn’t allow it. I try to live each day as if I haven’t got ME. Maybe that’s wrong, but I know, as I started this piece with, I’m a day away from a relapse.

It may be that I have far less with no work commitments. Again, it may not. Let’s face it, being the stay at home papa is a job in itself, no matter how rewarding it is. The viruses have been very constant and consistent in between, and this relapse has fallen round about the time frame I would usually suffer one. But it seems like I will be past it as the leaves begin to fall. And where I am still prepared to live each day as if it’s my last one, before another relapse.

To leave you with the notion that I will be relapse free within two months. A great man once said (not verbatim):

“If a blind man regains his sight, does he walk around blind folded?” – Joey Tribbiani – Friends, words to live by!

A stay at home daddy to a beautiful daughter. Happily married and wishing to share our joys of parenthood whilst suffering with a chronic illness...M.E. Love running, I just can't at the moment. Support Liverpool and love sport in general. A huge fan of music with an eclectic taste. View all posts by papaandrory